We use cookies to ensure that we give you the best experience on our website. If you continue to use this site we will assume that you are happy with it.OkPrivacy policy

Every month Camberley Hosts the Farmers & Artisan Market on Park Street from 10am to 3pm.

The Market hosts a wide range of visiting farmers with a range of items such as freshly baked breads, bacon farmed within the local area and freshly caught fish.

As well as the Farmers produce there ar stalls with a variety of different street foods and crafts.

The event is held monthly usually on the third Saturday of the month, however in August it will be on Saturday 12th.

We are open 9am to 6pm every Saturday so come along and have a great day out.

October 23, 2018 / 713 / 0
A special treat for members of our customer loyalty scheme, our next loyalty weekend includes a very special offer; 3 for 2 on many popular... Continue reading

August 4, 2018 / 335 / 0
We have some exciting news, Purcell & Woodcock are releasing their new collection of candles and diffusers. The new Eckersley Collection will have four invigorating... Continue reading 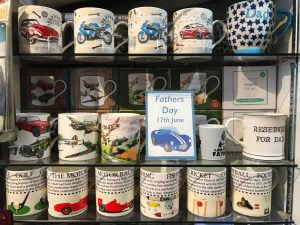 June 2, 2018 / 351 / 0
Mother’s Day has been and gone, so now it’s time to celebrate our Fathers. They may make some pretty awful jokes and talk endlessly about... Continue reading